Technology is great, until it doesn’t work the way it it should; I think we’d all agree on that. We had one of those issues last night, when we discovered our satellite was no longer working. No TV on a Monday night? That meant missing Dancing with the Stars, which in this house is just unacceptable.

I checked all the cables, and the satellite dish itself, and concluded that either the dish is fried, or that there was some universal issue with DirecTV. I just didn’t have it in me to call customer service last night, so I just checked out the DirecTV Facebook page to see if anyone else was reporting a similar issue. They weren’t (why would it be that easy??), but they were reporting awful instances of long hold times and rude representatives.

I was so not looking forward to making that call to DirecTV for help.

Of course, most people only post things like that when they are unhappy, so I realized that there were probably many more happy customers than unhappy. I still didn’t have the energy to deal with it. I decided to just stream Netflix from my phone and hope that the satellite would magically fix itself.

So, this afternoon I reluctantly dialed the customer service number, bracing myself for many minutes of awful hold music. Surprisingly, though, I got through to a representative not long after I dialed in. That was all well and good, but certainly I wouldn’t luck out twice, so I anticipated being met with a grumpy, impatient rep on the other end of the call.

A lovely rep, Barbara in Mississippi, walked me through several troubleshooting tips, but we had no luck. Just as she was trying to determine how quickly she could get a tech out to service the equipment, Alex started pulling on my arm.

“Mommy!! Tell her it was working yesterday, and then it didn’t, and I couldn’t watch Dancing with the Stars!!”

Barbara heard Alex repeat this statement many times before commenting on my “little helper”, and she asked how old he is. I figured that she thought he was much younger, so I told her that he’s 11, but that he has Down syndrome, and that he was just furious that he had to miss his favorite show. She laughed, then paused and said “If it makes you feel any better, my sister has Down syndrome, so I completely understand that.”

She went on to schedule our service call, then thanked me for calling in today, saying that she “really needed this call”. Her sister had been on her mind lately, she said, and she was happy to learn about Alex. She then told me that we could stream DWTS on the computer so he wouldn’t have to miss tonight’s two hour episode, and then she wrapped up by saying “Kiss your angel for me!”

I always find it interesting how we make these random connections with others in the Down syndrome community, seemingly just by luck. Last night, as Alex helped me pay for something, we learned that the gentleman helping us has a brother with Down syndrome. He beamed as he spoke with Alex; I could tell that he is quite fond of his brother. We could have picked up dinner from a number of places, but we were drawn to that restaurant, where this gentleman chatted with Alex. I could have called DirecTV last night, but I might not have been able to connect with Barbara. I’m glad these things worked out the way they did.

Thank you, Barbara, for your excellent service (and I will make sure that DirecTV knows about this, too). Alex quite happily watched clips from DWTS on his iPad tonight, although he made it quite clear that he misses watching it on the real TV. I guess the die-hard fans are a little particular about how they watch their favorite shows, right?

Alex and the coveted basketball

Tonight, the boys and I headed over to the mall for dinner in the food court, as part of a school event. We had a relaxing meal with friends, then made our way to the book store for story time with the teachers. Both kids enjoyed their leisurely strolls up and down the aisles in the children’s section of the store, eventually choosing a couple of titles to take home. (I mean, they were excited over books. BOOKS! And, it benefited the school. How could I say no to that?!? Well played, school.)

Once I finally convinced the boys that it was time to leave, we attempted to make an exit from the mall, but we were sucked into a new store. Mesmerized by the glowing basketball in the shiny new Dick’s Sporting Goods sign, the kids made a beeline into the tidy rows of athletic wear. Alex declared that he was looking for a new basketball, and then told me I could buy it for him.

Enter teachable moment. Or so I thought…

After finding a ball he liked (a nice Under Armour basketball), Al started making his way to the check out. “Hang on there, dude. I am not buying a new basketball for you tonight. It’s nice, but we’ll have to get it another day. Let’s put it back.”

I sighed. Loudly. It had been a long day, and it wasn’t over yet. “How about we tell Santa?”, I almost-too-desperately called after him. He stopped. Score!!

“Yes. Let’s take a picture and email it to Santa!” Alex was elated. I thought of the cute blog post I could whip up after the kids fell asleep tonight. Win win, right?

We snapped the photo, and I again asked him to put the ball away. “Nope. I gotta give it to a guy.”

Here we go. I was just plain exasperated at this point. I was losing this battle. I figured I should just hear him out and let him give the stinking ball back to someone who worked there, and decided to chalk it up as an opportunity to practice social skills.

He marched right up to a sales associate, and no sooner than the guy said “Hey, buddy!” did Al hold that ball out and say “I want this for Christmas. Will you tell Santa?”

Up went my left eyebrow, and I frantically looked up at the sales guy. His reaction was going to make an important impression on Alex. Please don’t blow this, Mr Sales Guy.


“I will tell Santa!! I will go call him right now!” The guy didn’t miss a beat. Al beamed. I let out the breath that I didn’t realize I was holding until then.

I suggested, for the third time, that Alex put the ball back on its shelf. As he triumphantly marched away, I looked at the sales guy and said “Thanks! I appreciate your response to him,” and turned to watch Al make his way back towards me.

Later, after finally dragging them out of the mall, Alex and I were waiting while Andrew got his hair cut. Al was flipping through the photos on my phone, and stopped on the picture we had just taken earlier, with the basketball.

“How cool is it that the guy called Santa to tell him about this ball?!?” Apparently, I thought it was way cooler than Al did, because he quickly responded.

I let that statement fall flat, which took a lot of effort, because I guess I’m not ready for Alex to let go of Santa quite yet. It could easily happen at this point, for any of my kids, as they are all getting older. Too old, and too smart, for their own good.

Whether he truly still believes or not, I really do appreciate the sales guy (Tommy, at the Polaris store, if anyone local is wondering) for his quick thinking and cooperation. There aren’t many that would have played along, but he did, and that was very cool.

And yes, I will go back for the ball, so that Santa really can leave it under our tree for Alex… 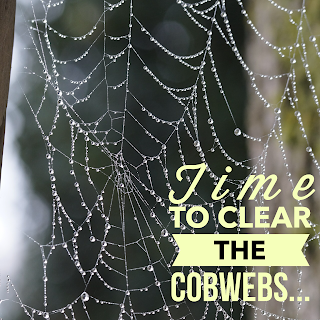 So, yeah. In 2014, I vowed to blog every day, and I did it, posting 365 times. Now, in 2015, I’ve posted twice (including this one). Such is life, right? But, I miss my daily writing ritual, and while I can’t promise to publish something every day, I do hope to get back into the habit.
You’ll have to excuse the dust; not much has been going on around here lately. In fact, my last attempt at sharing my gift of snark was back in January, after which I quickly learned that those who criticize anything Disney related are not received well on social media. I will (probably) refrain from discussing my thoughts on that topic, in the near future, at least.
I look forward to writing again, and I have dreams of creating a much bigger duck pond for us to hang out in as we laugh about my daily adventures. Until later, friends.
Yours in chaos,
Jen