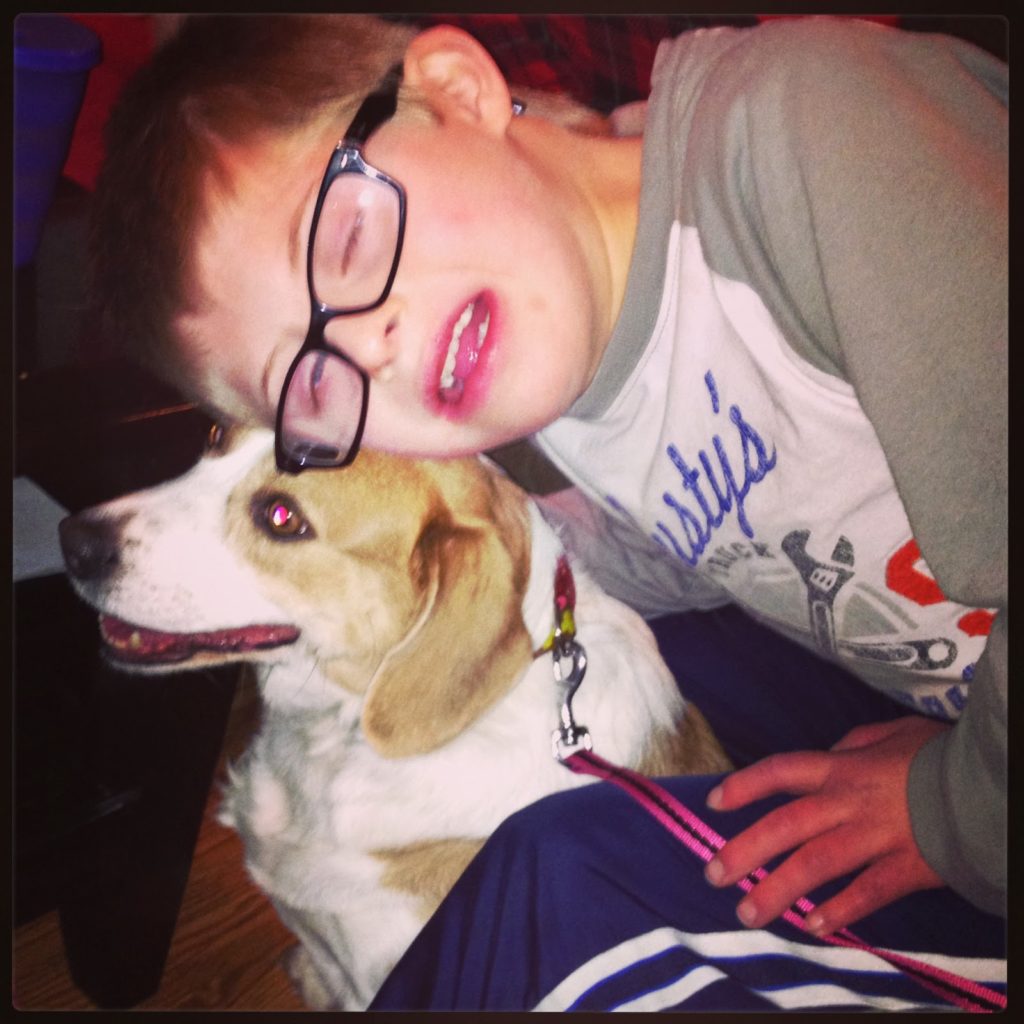 Can you guess who gets to take meds for the next ten days?

Poor Alex is ill.  It doesn’t happen often, and it usually comes and goes quickly, but it always comes with its fair share of drama.

Last night, Al fell asleep on the couch around 6pm.  This rarely happens, and I braced myself for some kind of sickness (and crossed my fingers that we weren’t about to get hit with a stomach virus!).  He woke up several times before we moved him upstairs, and was very fussy, but didn’t feel particularly warm.  He finally said that his “mouth hurt”, which is exactly what he told us about every two weeks before his tonsils were removed.

That was a fun stretch of time.  The poor kid, who hated to take medicine, was getting sick with strep every few weeks.  In between his illnesses, another family member (at least one of us, anyway) would also get strep.  It felt like someone was always sick.  We finally made the decision that his tonsils had to come out, but not before Al managed to tolerate taking his “pink” (this is what he calls amoxicillin).  The surgery was pretty typical (but not uneventful!), and since then he’s only had strep a couple of times.

This is one of those times.  Instead of joining us for church this morning, Mark took Alex to urgent care, where our suspicions were confirmed.  Fortunately, we’re already in the wash-your-hands-constantly mode and we’re never short on Clorox wipes around here (one benefit of flu season, I suppose…I’m on the look out for germs!), so I’m hopeful that his strep doesn’t spread to anyone else.  Alex will have an extra day to rest tomorrow, which is another perk of getting sick on a weekend (or perhaps, the only perk?).

Funny thing, another family member also started amoxicillin today: Maisey.  For the first time ever we filled a prescription for one of the kids, only to return a few hours later to get the same prescription for the dog.  She doesn’t have strep (can dogs even get strep?), but a mild UTI; we’re hoping that the antibiotics will clear that up, and curb the peeing-on-the-floor situation (although her doc feels that it may be an anxiety issue…we’ll see).

So, we’ll spend the next day resting, and disinfecting, and hibernating from the next cold blast that’s headed our way.  What else would we do in January?!?